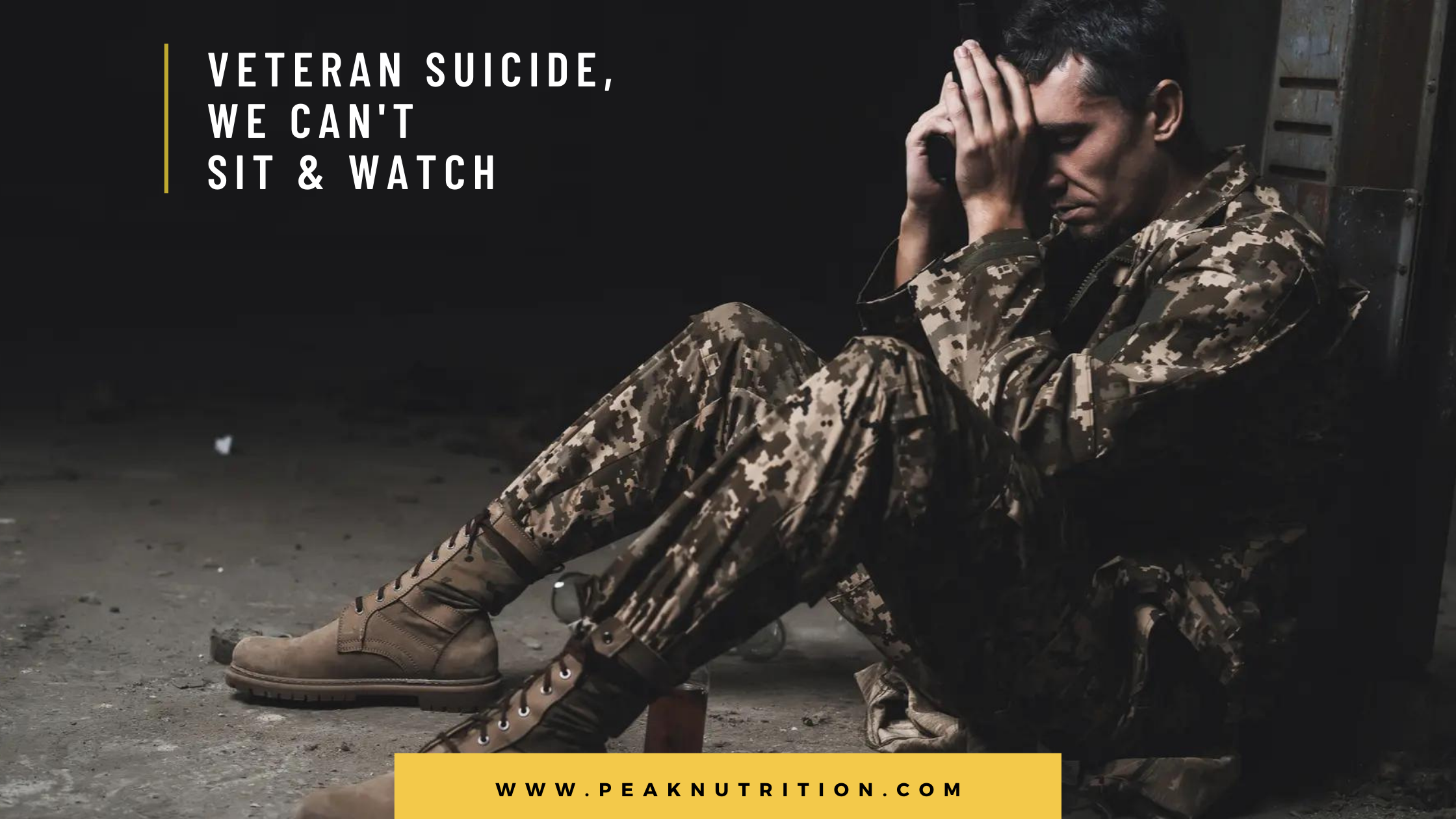 As a business owner we are obligated to more than just make money. We are an institution of our local community. Whatever your political opinions, we all know the government is not going to fix all our problems. It’s up to us. A local police officer, marine veteran and overall great American killed himself. Mitch Winters was an incredible human, and his death is devastating but it’s not abnormal. Veteran and first responder suicide is an epidemic in America. And its epidemic most people don’t want to talk about. But we will, as a community. Let’s put veteran suicide awareness back in the spotlight.

Mitch Winters was taken too soon, he had too much left to accomplish and most importantly this tragic situation could have been circumnavigated. 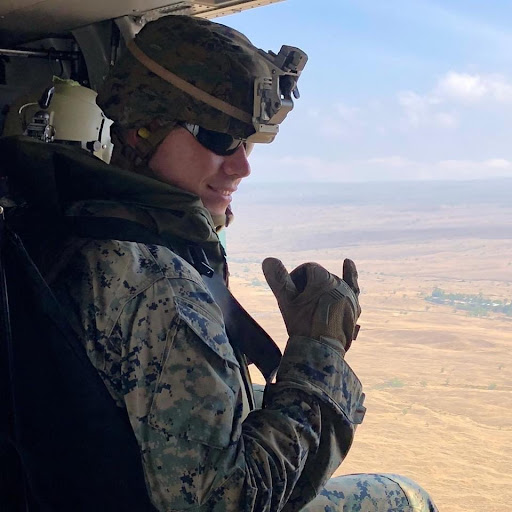 My purpose is to bring awareness and resources to this epidemic of veteran’s suicides.

I won’t do Mitch a disservice speaking about him personally. The rest of this email is the words of his father. Vern Winters. Vern and I have created an amazing relationship over the last couple weeks. And how he speaks about his son moved me to action. And I hope it will do the same for you.

Mitch Winters grew up in Piedmont California. Since a young age he had always wanted to serve his country. While still in High School he joined the marines. After 8 months overseas and 4 years all in, he was honorably discharged. He then joined the local Mesa Police Department. Again, to serve and protect.

I did not know Mitch personally, but I knew of him.  Below is a more detailed snapshot of his life by his loving father Vern.

Mitchell William Winters, raised in Piedmont and a graduate of the Piedmont schools, died on Friday, November 12, 2021, at the age of 23. He leaves behind a legacy of which anyone, of any age, would be justifiably proud. 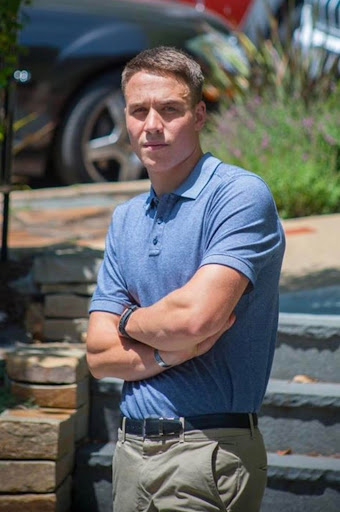 From the age of 8, all he ever wanted to do was serve this country, first in the United States Marine Corps and then as a police officer. He achieved both of those dreams — after starting early in his life to work towards them.

While attending the Piedmont Schools, he developed a deep love for the Boy Scouts of America’s youth programs of character development and values-based leadership training. A member of Piedmont’s vaunted Troop 15, Mitch achieved various leadership positions, including as the Troop Representative to the Order of the Arrow. He also graduated from the Boy Scouts of America’s National Youth Leadership Training program and thereafter served on the Staff and as a Team Guide for that program.

Ultimately, he earned the rank of Eagle Scout. His Eagle Scout project was informed and inspired by contact with the Oakland Police Department’s K-9 training facility; Mitch had seen the training officers eating lunch without a place to sit. So, he built and installed a picnic table and benches for them.

As a Troop 15 leader has written about Mitch, “he was a significant role model for many scouts.”

Mitch was also part of the Piedmont Police Department’s Police Explorers Program, devoting approximately 350 hours/year to it. He helped with crowd and traffic safety at beloved town events like the Fourth of July parade and the Fall Fest 5K run. Ultimately Mitch’s peers selected him as the Sergeant of the Explorers program.

And he was part of the Piedmont Explorer team that went to the 2015 SWAT Tactical Competition in Chandler, AZ and, in a series of David-v.-Goliath-type upsets, placed first in 3 out of 11 events against better-funded teams from much bigger cities. This trip was when Mitch first started to fall in love with Arizona.

With his parents’ permission, while still in high school, Mitch committed to the United States Marine Corps as an Infantryman. Mitch turned down admission to The Citadel because he wanted to start serving this country right away. He left for basic training two days after graduating from high school.

In the Corps, he was deployed overseas for eight months, earned a meritorious promotion, won a National Defense Medal, was an Infantry Squad Leader, a Combat Marksmanship Coach, and a graduate of the brutal Marine Corps Water Survival School. In his off hours, he became a CrossFit enthusiast and a Brazilian Jiu Jitsu devotee—and he won his second tournament. He was honorably discharged from the Corps after four years of service. 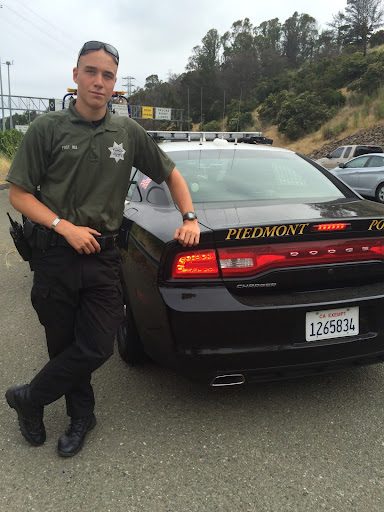 Life After The Military

In June of this year, he graduated from the Mesa Arizona Police Academy, full of joy, hope, and optimism—his natural state. He was so looking forward to being, as he put it, “out on the street.” As Phase 1 of a four-phase field training program, he was assigned to “Central Graves”—Central Mesa, the graveyard shift. Mesa is afflicted by the high crime rates that its two principal national gangs, MS-13 and the Aryan Brotherhood, inflict on it. Mitch was assigned a Field Training Officer (“FTO”) nicknamed “The Hunter”—someone who would proactively look for gang activity and get those gang members off the street.

Mitch loved it. He thrived on it. He called us each week, in calls that would last an hour or more, to regale us with stories of the arrests that he had helped and the events on his shift. He loved Central Graves, and he admired and respected The Hunter. He could not wait to finish his field training program so that he could get “out on the street.”

Something happened in Phase 2. On Friday, November 12, 2021—a date his family will never be able to forget, a date that will always be twenty-four hours of the blackest night—Mitch walked into his apartment bedroom, lay down on his bed, and shot himself.

We had always known that Mitch had the ability to touch many different people in many different spheres of life. It’s only through his death that we have seen how true that was. We have had everyone from the son of a janitor to former United States Ambassadors reach out to tell us how much they admired Mitch and how sorry they are for our, their, and the country’s loss.

And his (it turns out, quite extended) Marine family is bereft. Dozens of his former Marine buddies (a term Marines use to apply both to men and women) have reached out to us to convey their sorrow and share in our grief.

To a person, they have told us that they loved Mitch. That he was a “great man”—although, being Marines, they salt up the language with words that a family newspaper can’t print. That he was a “natural leader” who “trained us well” and who “made us want to stand a little taller and straighter.” That, although it wasn’t his job to do so, Mitch was always making time to help his fellow Marines with their troubles and struggles, whether those were large or small.

When I finally reached the Staff Sergeant who recruited Mitch into the Corps, and told him the news, the line went silent for about 15 seconds. And then was filled with sobbing for about the next three minutes. He kept saying “I’m sorry, sir” (Marine’s call male civilians “sir”) but couldn’t contain the wellspring of grief that sprung from his core. He loved my son. He introduced my son to the Corps, which helped to turn Mitch into the very fine man that he was. I will always be in the Staff Sergeant’s debt. But in this call, I ended up consoling him.

Finally, and most important, if you are, or someone you know is, struggling with thoughts of suicide, reach out to someone for help. Mitch has been uniformly and widely described to us as the last person anyone thought would kill himself. We thought that, too; his last words to us, the night before he died, were “I love you.”

We love you, too, Mitch. As I’ve said to you and your sister since you were little, I love you like the stars above.

If you or anyone you know is struggling with depression, anxiety or you fear they may be battling please call the Suicide Prevention Hotline.

← Prev: What Does Post Workout Glucose Do? Next: Testosterone, Estrogen And Muscle Gain → 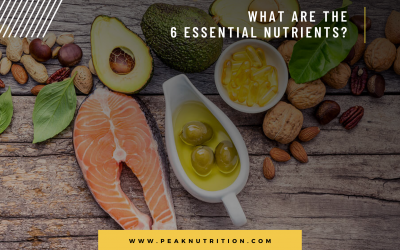 What Are The 6 Essential Nutrients

A nutrient by definition is “a substance that provides nourishment essential for growth and the maintenance of life. ... 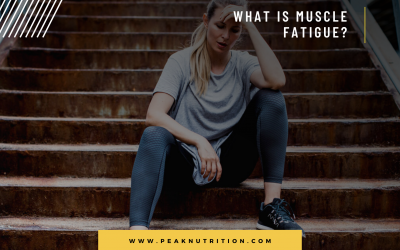 What Is Muscle Fatigue?

There are hundreds of ways to “do” fitness.  Walking, distance running, weight lifting, yoga, CrossFit and Pilates are... 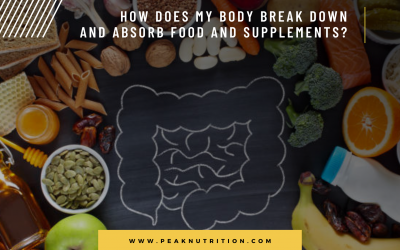 How Does My Body Break Down And Absorb Food And Supplements?

The proper way to break down food and supplements You just bought a new TV so you could watch your favorite baseball...

This site uses Akismet to reduce spam. Learn how your comment data is processed.